Various centre backs have been linked to United the past couple of months. An ideal partner to club captain, Harry Maguire is needed; one who complements the captains weaknesses. A pacy, proactive left-footed ball-playing defender is the order of the day. Enter Milenković, who checks all the boxes bar the left footed criteria.

Nikola Milenkovic has been one of the few standout performers for Fiorentina this season under Cesare Prandelli, having made 30 appearences so far. The 6ft 4 in Serbian was initially signed from Partizan Belgrade for £4.5m in 2017/18.

A number of reports in Italy, including one from calciomercato.com, claim that United are pursuing the 23-year-old whose contract ends in 2022 and have already made contact with his agent, Fali Ramadani. Fiorentina plan to make €35 million [£30 million] from his sale in the summer; with Solskjaer keen on the defender.

This news must however be treated as pure hogwash; the source is Tier 4 and calciomercato is quite well known for their clickbait articles.

This is however, not the first time, the Red Devils have been linked with Milenkovic. A couple of years ago, we sent scouts to watch Milenković in action for Fiorentina in a Serie A match against Bologna, prior to Ole Gunnar Solskjaer’s time in charge at Old Trafford. Additionally this time out United isn’t alone in their interest of bringing the Serbian to English shores, Manchester City have been credited with an interest as well.

Nikola Milenković was born in Belgrade in October 1997 and spent his entire youth career at Partizan Belgrade who are known to unearth many talented youngsters in the Balkans.

The 2016/17 campaign, saw Milenković establish himself as first choice option at centre back, as he made 32 appearances in the league, scoring twice, as Partizan completed a domestic double. At the end of the season, Fiorentina’s sporting director Pantaleo Corvino, famous for snapping up budding players in the Balkans, brought the defender to Firenze.

He had a good debut season in Italy with 16 appearances in Serie A. His performances also earned him a spot in Serbia’s World Cup squad where he played all of their three games at the heart of defence.

The Serbian has played in over 3,000 minutes in each of his last two Serie A campaigns, highlighting his importance to the team. Fiorentina often rely on Nikola’s defensive ability in their favoured 3–5–2 formation. A system which has predominantly been used by La Viola, in which Milenković often lines up as the right centre-back.

The Serbian rarely ventures to the left-hand side of the 18-yard box, rather keeps himself fixed to the central area and the right-hand side wide space, as illuminated by this heatmap for the season 19-20.

Additionally, the heat map also implies that Milenković is comfortable in advancing with the ball when Fiorentina are in possession, a confident user of the ball who can often be found looking for a progressive pass to break the lines of the oppositions defensive structure.

Milenković is an out-and-out defender, who combines intelligent reading of the game along with positioning, pace, strength and superb aerial ability. Obviously , his height helps him in his aerial dominance. Last season the Serbian won 77% of all aerial battles, a figure which positioned him in the 95th percentile of all centre-backs in Serie A.

Yet his imposing frame doesn’t restrict his movement or his ability on the ball. He is surprisingly quick across the ground for someone so tall and is as technically adept as any ball-playing centre-back, not a surprise given he has modelled his game on Barcelona’s Gerard Pique.

One aspect of Milenković’s impressive defensive game is his individual defending. He’s got great technique when defending on his own and for his age shows an arsenal of experience in terms of his decision making.

In Milenković, United could find an enforcer who has often been described as “the new Nemanja Vidic,” and the comparisons don’t stop there, either.

Like his fellow Serbian before him, Milenković has developed quite the reputation over the past few years for being a fearsome tackler who takes no prisoners with his no-nonsense approach to defending. He’s been dubbed as “fearless” for his style of play, and even hailed as being better on the ball than Vidic too.

It’s no surprise to see he has shown a willingness to get stuck in, either, as evidenced in his 1.7 tackles per 90 in Serie A during his time under Cesare Prandelli this season. For context, Lindelof has only been able to muster 0.8 per game in the Premier League.

In set pieces he could be pivotal in both defence and attack , with WhoScored listing him as an indirect set-piece threat, as his natural height makes him something of a powerhouse inside the box.

It is clear that Nikola Milenković has all the traits to thrive at an elite level in the modern game; he has the physical build, the aggression of an ‘old school’ Centre Back, intelligence of a ‘modern day’ centre back and ability to stay injury-free so far.

Given United’s defensive woes are more due to underlying structural issues which leave their centre backs without any good cover during transitions, while the initial pairing of Maguire – Lindelof is also suspect at times; with the Swede’s inability to impose himself on the opposition’s attacking players adds extra load on his English partner to do more dirty work.

A pacy, aggressive centre back who can easily do the dirty work on and off the ball, during transitions, while having the atheticism and ball playing abilities is required to partner Harry Maguire in the long run.

Since the start of his stint with Fiorentina in 2018, Nikola has only missed five Serie A games and has gone on to become an integral player at the club.

The Serbian has improved in leaps and bounds since his debut, for La Viola, in Florence and will no doubt move on after this season due to the fact that his contract runs out next year. Also he would be at a point in his career when he wants to play in a bigger stage and compete for major trophies, which may force Fiorentina’s hand.

The £ 25 -30 million price point will also be a point in Milenkovic’s favour, as alternative centre-back targets such as Sevilla’s Jules Kounde will be significantly more expensive.

We are counting on you Murtough and Woody, please whip out the checkbook. 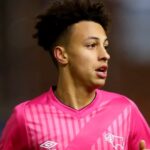 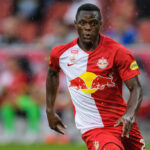