After seeing our defence concede goals on a weekly basis, Solksjaer is on the hunt for an elite defender. Its not just goals are being conceded, its the manner in which we allow the opposition to score. United’s set piece defending is horrible whenever the opposition has a set piece. Now the fault isn’t solely on the defenders, De Gea doesn’t exactly cover himself in glory, if recent performances are anything to go by.

Solskjaer wants a defensive partner who complements , our skipper Harry Maguire. The 80 million defender has had his own criticism over the past 12 months. But he has come leaps and bounds after the night in Greece.

He has been for the most part been paired with Victor Lindelof, who even though is consistent, just isn’t great enough. Eric Bailly is as always, either injured or doing the impossible on the pitch. His injury record is the sole reason, he isn’t United’s best defender. Tuanzebe has the potential, but has a lot of maturing to do, he is often rash and has picked up needless yellow cards this season(8, most of them as late subs!). Phil Jones even though recently back from injury is not even in the contention, with him being very likely to move on in the summer.

Here are 5 targets United should be focusing on :

Sevilla’s Jules Kounde may be relatively slight in stature at 5ft 10in, but he makes up for that in defensive nous. The Frenchman, 22, has made 70 appearances for Sevilla since joining from Bordeaux in 2019 for around £22million – and the fee would likely be a lot higher this time around as his contract possesses a £65m release clause.

This man is who we should be concentrating all our efforts on. The best defender as of this moment in the La Liga, kept Messi tame in a night in which he scored a magical goal. He weaved through Barca players and scored a beautiful goal, something you would expect from a midfielder or forward, rather than a centre half. Even though he lacks height, he is very good in the air. Equally good on the ball and has an eye for passes to switch the play.

6ft 5 in, Tyrone Mings has turned heads since re-entering the Premier League with Aston Villa. The 27-year-old has established himself in the England squad, and could form a partnership for club and country with Maguire.

The definition of Brexit footballer, tough, no – nonsense and a commanding presence. Having a natural left foot also makes him a valuable assest to the team, as we have no one of that profile, with Rojo’s departure. However having being tough and having a left peg, doesn’t make you a good player. Whenever I’ve watched Mings, I know that a guaranteed brain dead moment will happen each game, which usually results in them conceding a simple goal.

Raphael Varane is an indispensable member of Zinedine Zidane’s side, having starred across both of his compatriot’s spells in charge. But with just a year left on his contract come the summer, and with Real Madrid saving up for Mbappe, perhaps Varane could be tempted to Old Trafford.

The interest isn’t new however, just like the recent rumors that Ramos won’t sign a new contract and is looking for a fresh start at another club, potentially United. This isn’t the first time we have been on this dance, as Ramos has been linked with United in yesteryears , with us having been used as bait by him and his agent, to leverage a better contract. It could be the same situation with Varane. If this is the case, I would steer clear, inspite him being a phenomenal player.

Braga defender David Carmo, 21, has been dubbed ‘the new Virgil van Dijk’ by some, having impressed for the Portuguese side. The Scousers came very close to securing his signing on the January deadline day, but were rebuffed by the Braga higher-ups for putting in a ridiculous bid. United may try and stop the Reds potentially partnering him with the real thing, by prising him away in the summer. Things could get a bit more difficult however as he was on the receiving end of a horror tackle and had to be stretchered off on an ambulance.

Dayot Upamecano, 22, has been linked with many top clubs in Europe including Chelsea, Bayern Munich and Liverpool after impressing for RB Leipzig. A £40m release clause is expected to come into effect in the summer, with United hoping to move to the front of the queue for his signature.

As per the latest, Upamecano has reportedly agreed to join Bayern this summer. This comes as hardly a surprise, as the best players in the Bundesliga gets poached by the top team in the league. This agreement was the reason Upamecano’s name was put in finally, otherwise he would have been on top of the list. Fast, commanding and with good reading of the game, bar the occasional brain-farts, he would walk into many of the Europe’s elite teams.

If a ranking had to be done, the order would be

Will United actually buy any CB is yet to be seen, knowing our chief negotiators. Will it be any on the aforementioned list or will it be someone completely new? Only time will tell. OR we might just wind up paying 100 mil. for Mings.

More on this later. 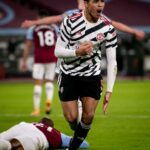