On the back of that action-packed but penultimately disappointing match with Everton, in which we saw some scintillating attacking play, but were bogged down with some torrid defending, here is hoping we do things right and advance to the next stage of the FA cup. Here is the predicted lineup.

Starting from the back, David de Gea has to be dropped for the midweek clash. De Gea had an error-strawn matchday when we played Everton. He was responsible for the first and last goal. Now we could blame our defenders for not better closing down of the opposition, but the lack of a physical, commanding presence like Schmeichel is hindering all the progress made in this team. Just when we had thought we had seen the last of clumsy De Gea, he repeats the act all over again. Coming back to Dean, another start is much needed for the youngster.

In the heart of defence we have Maguire and Lindelof. I believe Bailly complements Slabhead better.While Maguires is the more eloquent defender , Bailly is the best natural defender in our squad. If only he wasn’t perenially injured and the occassional, needless, brain-dead rage moments, he would be a guranteed starter. It’s unlikely he will be unavailable for the match, as once again he picked up an unlucky knock prior to the Sheffield United match. He isn’t expected for a long injury luckily and just in case, hopefully.

Our Left and Right Backs respectively should be Shaw and Wan-Bissaka solely on how good they’ve both been the past few weeks. Shaw has literally been playing the best football of his career, excelling both defensively and bombing forwards every chance he gets. It speaks volumes when he’s just behind Grealish for chances created this year. A Shaw flank redemption for sure. Wan-Bissaka on the other hand is the best one on one defender in the league I would say. The only way to bypass our spider is quick one touch football, with a ball played over him to take him out of the game. His attacking aspect of the game is what is used to deride him, comparing his peers in Liverpool’s TAA, Chelsea’s James and co. If recent displays are anything to go by, he has improved by a bit. He still has a long way to go but this is a start.

Our Midfield pairing will be the usual McFred pivot with Bruno up top. With Pogba expected to miss 3 weeks with an injury he picked up early in the Everton game, Vdb will feel like his time has come. However I see this as unlikely, due to the inspired form of the aforementioned pivot. Even though largely defensive and excellent in breaking up of opponents game, they don’t provide incisive passing to switch the play and in general opponents can generally neuter their threat. Inspite of what people say Donny is not a Pogba replacement; he is a Bruno replacement when he isn’t playing. A player with excellent spacial awareness, capable of playing between the lines, Donny is a Ramdeuter similar to Bayern’s Mueller, Spurs’s Alli and our very own Lingardinho (on loan at West Ham).I don’t have to begin with why Bruno starts do I?

Greenwood and Rashford should be on the wings. Of late Greenwood has started to discover his last season’s form. On the back of a disappointing Euro’s qualification which saw his game and self belief drop, he appeared a shadow of the player he was turning out to be. Tabloids who were showering praise on him last year , calling him a generational star, the next Van Persie, were now calling him the next Ravel Morrison. The media spotlight can be harsh but all credit to the lad and Solskjaer for an upturn in form. Lets hope he continues in the same vein forward. Rashford can be as good as Mbappe if he cuts out needless parts of his game. The quality is there, the hunger is there, its the finishing and sometimes the decision making that goes missing. Needless cutbacks, shooting straight at keeper, shooting wide , we have seen all of these in the past few matches. If he buries his chances he can get 2 goals a game guranteed. But he’s the best we got out wide as of this moment and its unlikely any of James, Mata or a completely unexpected Diallo appearance is on the cards today.

Upfront on recent form I would definitely say Cavani. His off the ball movement, workrate and poaching abilites are superior to Martial. Martial this season is half the player he was last season, which he finished with 23 goals across all comps. I know Martial is a late bloomer each season, so we might see his best in the second half of the current campaign. As Cavani has started the last couple of matches, the onus is on Martial to lead the line.

Here is the predicted lineup for tonights match.

What would you guys change in the lineup? Let me know in the comments. 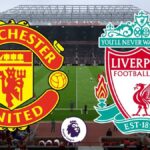 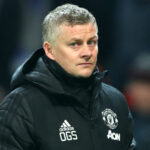